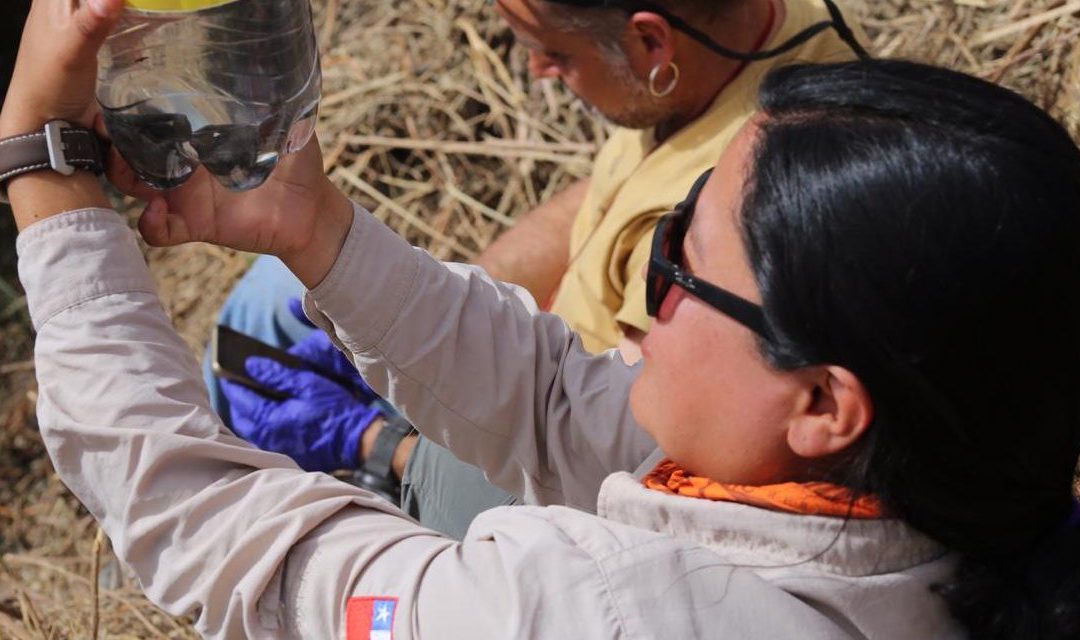 Due to the precarious conditions of the habitat of the species Telmatobius dankoi, better known as “ranita del Loa”, a committee of experts executed an action plan that allowed the rescue and relocation of the 59 surviving specimens.

After receiving an alert to the paupery circumstances in which the amphibians lived, professionals from the Calama Culture and Tourism Corporation, the Museum of Natural History and Culture of the Atacama Desert, the University of Chile, and the Ministry of the Middle Environment, they launched an urgent rescue operation earlier this month to keep a critically endangered species alive.

Given its characteristics and its only presence in the vicinity of Calama, the Telmatobius dankoi had been studied a few years ago, estimating that at this date there would be about 600 specimens. Unfortunately, an alert indicated that the slope that fed its natural habitat had been tapped with machinery to carry out plotting lots. Faced with the imminent risk of this, a team of specialists came to the ground where, in spite of it, they saw the precarious conditions in which the animals were, which hardly survived in a dry ester.

“Their physical condition was quite critical, so we urgently had to relocate them to a sector with the same characteristics. Specifically, the 59 frogs found were brought to a slope in Ojos de Apache, which has similar parameters, and belongs to the Calama aquifer, being part of the San Salvador basin,” explains Jennyfer Rojas, a specialist in paleontology of the Muhncal Museum that participated in the operation.

It is worth mentioning that this amphibian is the most threatened in the Southern Cone, and one of the 15 with the most risks in the world, so its protection as an endemic species of Chile, becomes urgent. “The main factor that dried up the canal is human. It exists in the area inhabited by this frog, a plotting of pleasure, a drilling well and a drainage, which causes the stream where it lives is completely dry. Faced with this, the main measure to avoid these kinds of problems is to educate and raise awareness of the community,” says the professional.

The state of extreme thinness in which the species were found, all of them adult, gives an account of the difficulties they had in feeding and spreading. Therefore, and to ensure its correct adaptation, all efforts will be available and constant monitoring after relocation, although for experts, citizen awareness remains the main factor. “Today the situation of the Loa frog is critical, so much so that it can represent its extinction as a species. What happened is framed by a clear environmental deterioration of the entire oasis of Calama, where industrialization and urbanization are affecting the ecosystem. Hence the need to emphasize the responsibility of each of the inhabitants to inform us, to care for the environment, and to denounce the authorities whenever we observe inappropriate behavior in our environment,” emphasizes Jennyfer Rojas.