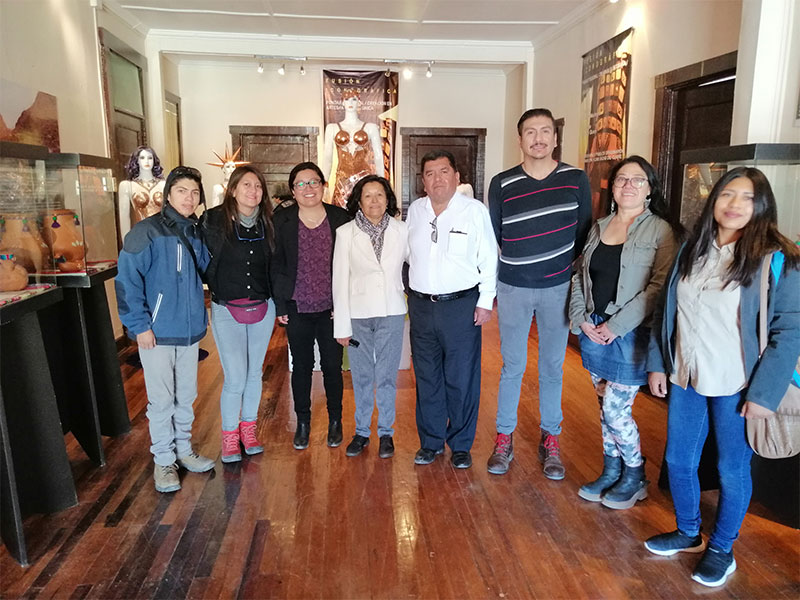 The Museum of Natural and Cultural History of the Atacama Desert presents an exhibition at the former North American Chilean Institute (Ichnac) located in the former Mining Camp.

​The exhibition portrays the social aspect of those who inhabited this place when Chuquicamata turns 104 years of history. The work was done by the, belonging to the Corporation of Culture and Tourism of the city of Calama.

An emotional walk that moves those who lived in Chuquicamata until those years when they shared a life of sacrifice and which it remains in their memories. Enrique Cortés, who was born in the old hospital of the town states while touring the museum that the feeling related is mostly nostalgia, because he studied at the Liceo América and “seeing all this gives grief and joy because they are 40 years old that I did not return to this beautiful land”.

“I studied English for 6 months with my sisters, here, where the museum is: I hope everyone can feel the great memories and hopefully remember them,” Cortes added. Another perspective is brought by Magdalena Bugueño, who left Chuquicamata 45 years ago. She told the press that she returned for the first time to Chuquicamata since she left. She was married here, his father worked on the mineral and remembered that the ashtrays used by her father who worked in the refinery. “He used to throw copper into bowls for decoration”. She also found some bottles of mineral water, drinks and beers that were packed in 12.

Children were also part of the exhibition. Students from the Valentín Letelier School toured, met and asked about the history of Chuquicamata. “I enjoyed it very much and there were many beautiful things which caught my attention as the Copper Man,” said one of the students.

A great effort was shown by the museum area of the Corporation of Culture and Tourism of Calama, led by Osvaldo Rojas, who highlighted the historical significance of the mineral on its anniversary. “We wanted to be present again bringing an exhibition of heritage character which includes the most important values of social development in Chuquicamata that is oriented to the society that existed in the camp,” said the director.

Rojas added that in the exhibition “there are toys, books and objects that were used by miners daily in the past and, through this exhibition, they evoke the memory which is opened like a window in time to be present in the current Chuquicamata “.

The director also commented that Chuquicamata was not absent from the history of the towns that arise through Chilean mining.

Many inhabitants were born in the camp or directly came to town when they were children, but “when you talk about the 20s or 40s, you only mention numbers and if you start thinking and trying to meet those thousands of people you discover many experiences, experiences and much contribution to the development of communities, “he said.

104 years of mineral history and much more can be found in the museum. The exhibition will bring you back to the best years of the great Chuquicamata. It will be presented until Sunday, and it will be located in the former North American Chilean Institute (Ichnac).