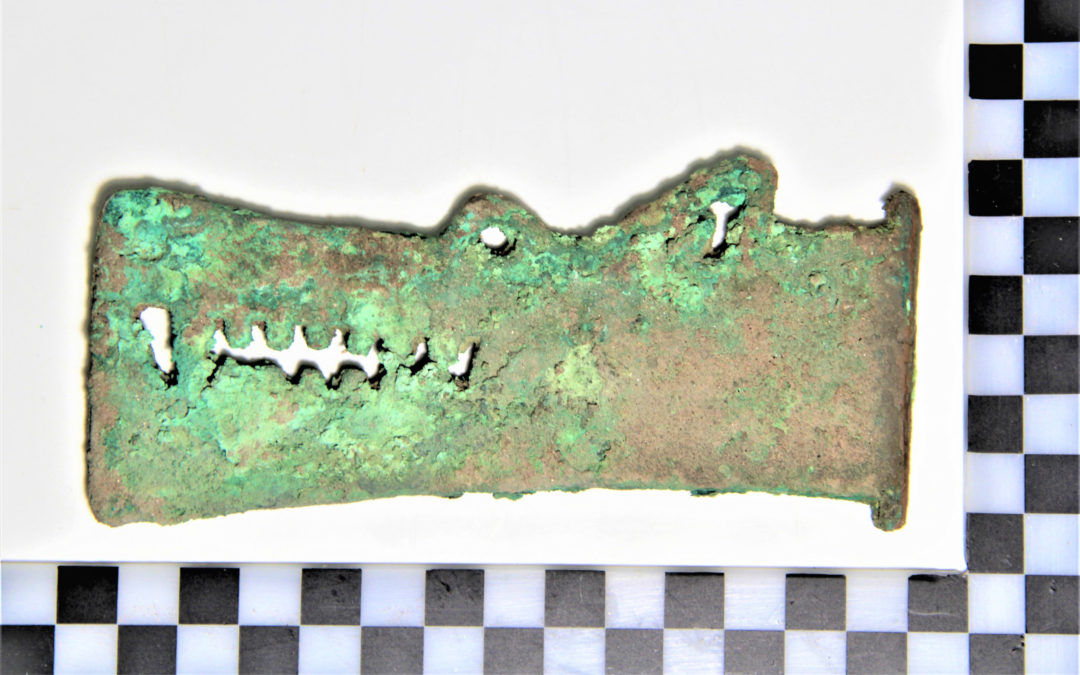 Personnel in charge belonging to the Natural and Cultural History Museum of the Atacama Desert made an important finding of an ax from Argentinian Northwest cultures.

Prior authorization from the National Monuments Council, Natural and Cultural History Museum of the Atacama Desert was instructed on the need to rescue archaeological remains appearing at the Chunchuri sector, located in the western of Calama. In the place some human remains were found, as well as a distinctive ceremonial ax, which is currently being analyzed by experts from the museum.

Regarding the context of the finding, Osvaldo Rojas, director of the Natural and Cultural History Museum of the Atacama Desert, said that “approximately 1000 – 800 years ago, different nomadic cultures left here material evidence of its presence, for example the case of the varied clothes that we find in Topater with elements from other tribes, such as parrot feathers, Andean hairy armadillos shells and skins of some Amazonian felines, which evidences a fairly frequent exchange among communities from the coast, in the intermediate zone, in the Altiplano and in the Amazon area of the continent ”.

Relating this, Rojas explains that, ” the cultural and technological exchange was very powerful within the current Argentine northwest strengthening this area around metal smelting frequently.”

“As for the ax, we can state it is a unique cultural expression. This ax is made of copper and tin, corroborated with analyses carried out at the laboratories of the Catholic University of the North, the results show the presence of some iconographic elements of the “Santamarian culture”, a human group that made great advances around metal handling and which was developed mainly in the current province of Salta, Argentina,” said Rojas.

The found ax represents the figure of a feline verified in the shape of the element, in which the eyes, snout, teeth, fangs and ears of the animal are clearly reflected. Moreover, since the tool is not sharpened, it is understood that it was intended exclusively for ritual uses.

With regard to the manufacture of the ax, the shape was manufactured due to an existing mold, in which molten metal was poured, thus generating the shape of the feline.

With this finding, it can be ensured that traditions and customs of various enclaves of Argentinean northwestern were present in our area, through intense exchange networks generated by groups of caravans. These vestiges are a clear example of the important cultural development in prehistory which reached the area of our city, Calama.